We’ve been trading as Elbowroom Graphics for 5 years now – and this is our fourth studio… we’ve moved about a little, but this time we’re staying put.

When I first set up Elbowroom back in 2012, it was as a sole trader – just me (Rich), my computer and a ‘jump in at the deep end’ philosophy for building the business. I quit my job and set to work – deciding from the outset that working from home would not be a good idea. I like a little separation of work and home life. A literal barrier between the two, is, in my view, healthy. So I rented a tiny office in an old school in Hillsborough, Sheffield. The school that featured in The Full Monty no less. That worked really well. I had 24 hour access and took my first baby steps there, finding my early clients, getting used to running a business and everything that came with that. The space itself was tiny – enough for one person, but whenever I had clients in it became very ‘snug’. I quite quickly outgrew this and felt a little embarrassed having consultations in this broom cupboard… not really the perception I was trying to project for my business.

I stayed for about 18 months and then moved on to The Workstation in Sheffield town centre. This is a large hub, housing lots of different businesses, primarily in the digital and creative sectors. I shared my large, open plan office with two other solo-workers – Jane and Terry, which was great. Being based across the road from the train station, I was much closer to the heart of Sheffield – making me accessible to more businesses in the area, which helped grow my client base hugely. This time, I stayed for 2 years before moving again. It was lovely to share my space with Jane and Terry, and the location was great – however, I again decided it wasn’t quite right for the direction I wanted to take the business in. Rather than just being a freelancer, I had decided to develop a brand – become more of a studio and not simply a gun for hire with a desk and a computer. I wanted a studio of my own, with my name on the door. My sign in the window. A meeting area. Space to entertain clients.

So again, I moved on. This time to a studio in Kelham Island, Sheffield. It was ideal for what I needed. I had space for a coffee table with couch and armchair – perfect for client meetings. I was able to add my branding to the window and present the business much more as a brand. And crucially, there was room for myself and two more work stations, which allowed me to take on my first two employees. This was where I planned to keep the business for a few years at least. But then… one final move took place. And that’s where I write this post from today.

We moved the business out to Penistone in 2017, which is about 14 miles from Sheffield town centre, and actually falls under the postcode of Barnsley. If you don’t know Penistone well, it’s very green, very friendly. Our new studio is much bigger and better than anything we’ve had before, based in Penistone 1. 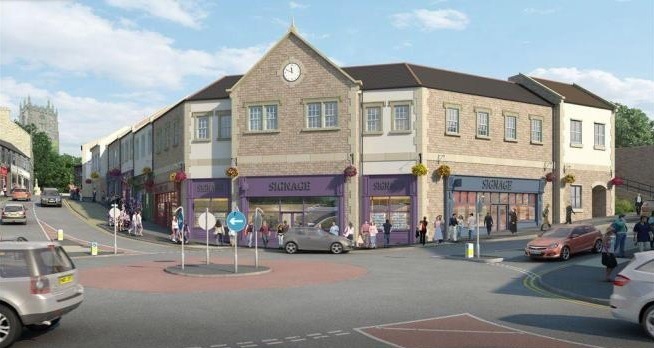 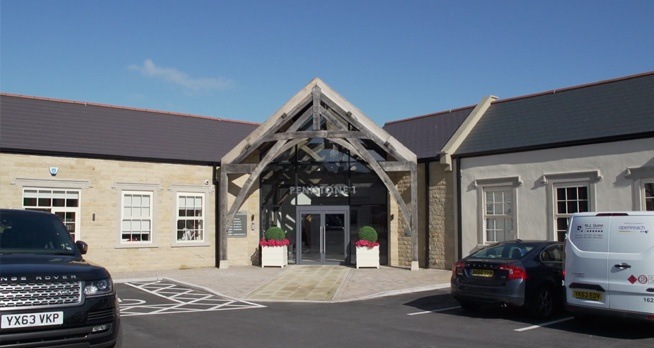 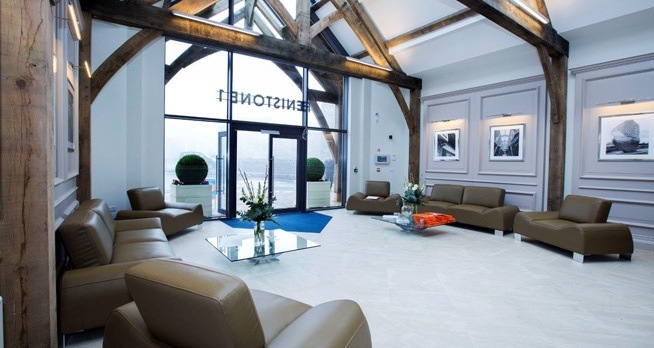 The first thing you see when you get to my new studio, is the amazing lobby area. It’s light and airy, smart but relaxed – the perfect area for visitors to wait.

Our studio is the three windows to the left of the front facade in the first photo, on the upper level. It’s big enough for about 5 people to comfortably work in – an ideal bit of growing room for the business.

We’ve given it a lick of paint and branded it up. Spent a bit of coin on the furniture and had a new carpet put in. It feels like everything we’ve been working towards for 6 years and it’s feeling fantastic to be here.

I think we’ll be here for the foreseeable future and beyond – no where we’d rather be!